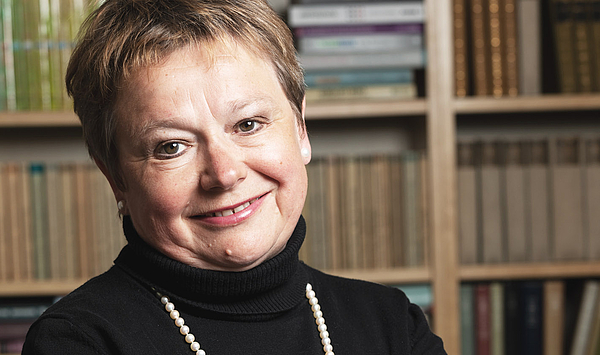 "I would like to express my sincere thanks for the trust that the University Assembly has placed in me by electing me as President," said Prof. Anne-Kathrin Lindig. "This task is a great honour for me and provides tremendous encouragement. Being the first woman to hold this office in the university's 150-year history is a very special pleasure for me. I know that I can only accomplish the tasks ahead of me by working together. That's why I'm looking forward to intensive cooperation and am aware of the university's support."

Her teaching successes at the Musikgymnasium Schloss Belvedere as a centre for highly gifted students at the University of Music in Weimar, as well as at the university itself, include around 100 first, second and third prizes for her students at the national competition "Jugend musiziert" and at many other national and international competitions in the subjects of violin and chamber music. Her students have received numerous permanent positions in German and international orchestras such as the SWR Symphony Orchestra, the Staatskapelle Weimar, the MDR Symphony Orchestra, the Philharmonic Orchestras of Coburg, Heidelberg and Erfurt, the Meininger Hofkapelle, the Orquesta Filarmónica de Málaga, the Copenhagen Radio Symphony Orchestra and others.

Anne-Kathrin Lindig has given numerous concerts as a chamber musician and soloist throughout Europe, Israel, South Korea and China with musicians such as Igor Oistrakh, Thomas Brandis, Friedemann Eichhorn and Wally Hase. She was primaria of the Bergmann String Quartet and is a founding member of the Chamber Orchestra of the University of Music in Weimar. As a juror, she has been invited to international music competitions and regularly conducted master classes in South Korea, China, Germany and Poland. At the University of Music in Weimar, she served as Artistic Director of the Music Gymnasium Schloss Belvedere, as Vice-Rector for Artistic Practice from 2001 to 2010, and again as Vice-President for Artistic Practice since 2018.